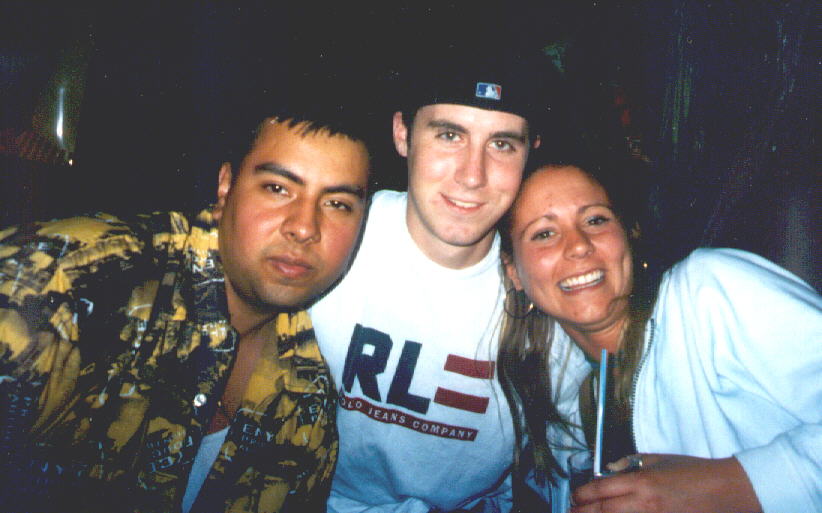 James (center) and fellow American students of international business in Rotterdam attempt to soak up local culture...but have difficulty staying in Dutch. It's unnecessary to be 21 years old to drink legally. This seminar took place at Paddy Murphy's Irish Pub, which served Murphy's Stout, the dominant local beer in County Cork, Ireland. The Dutch have been masters of global trade since they realized that their nether land wasn't very productive, and nowadays the Murphy's brand is not only owned by a Dutch company, but the dark Guinness-like beverage actually is brewed--as well as drunk--in the Netherlands. 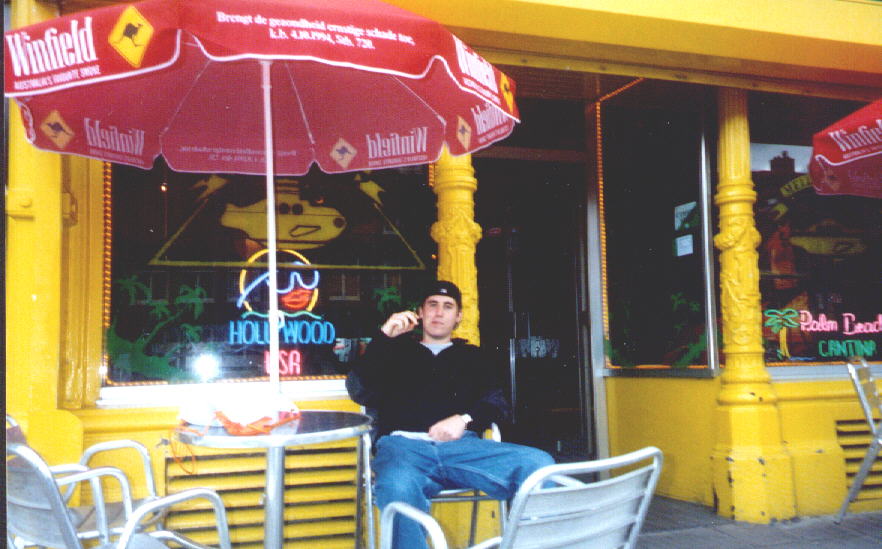 Where in the world is James? The Dutch writing on the umbrella provides the only clue that he's in the Netherlands, but the words are promoting cigarettes from the land of 'roos. The window of the bar features the Beetles' famous Yellow Submarine (a pale forerunner of the Official Vessel of the Rumdogs Crew) as well as such American allusions as "Hollywood USA" and "Palm Beach Cantina." What's unAmerican? Legal smoking in a public place! 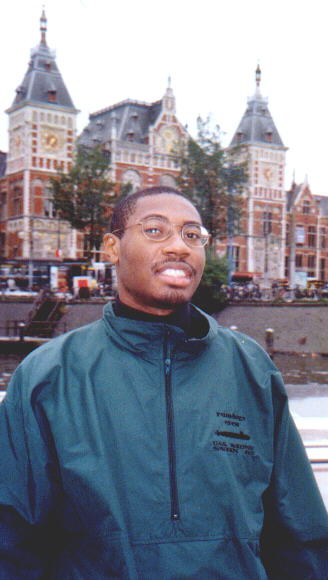 Back to the Picture Pages


In an effort to maintain our current internet rating, many pictures from Amsterdam will not be appearing on the website.
We appreciate your understanding in this matter. Just so that you know, the rumdogs crew had a great time partying in Amsterdam, Haarlem, Utrecht, Rotterdam, and the rest of the Netherlands...